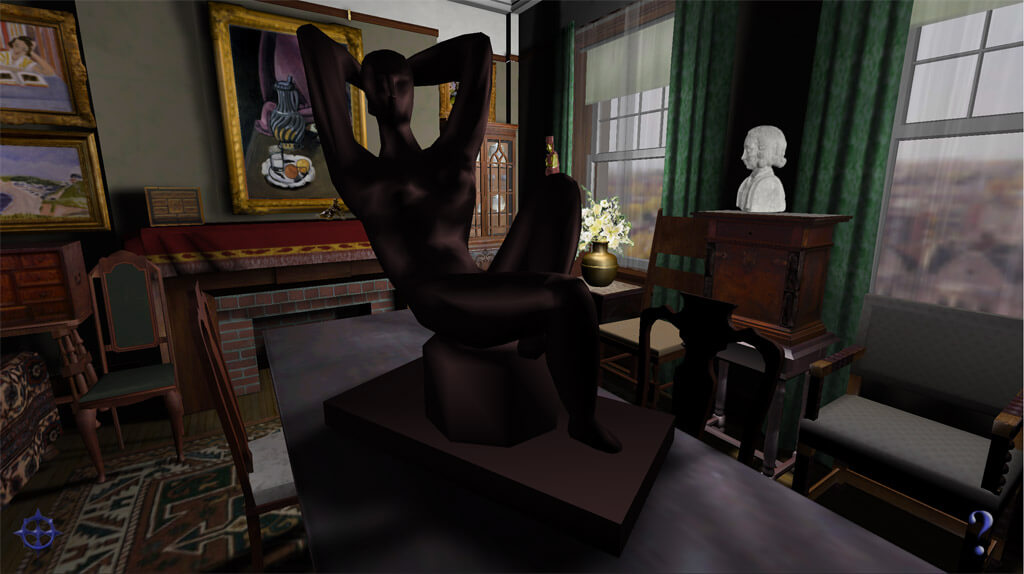 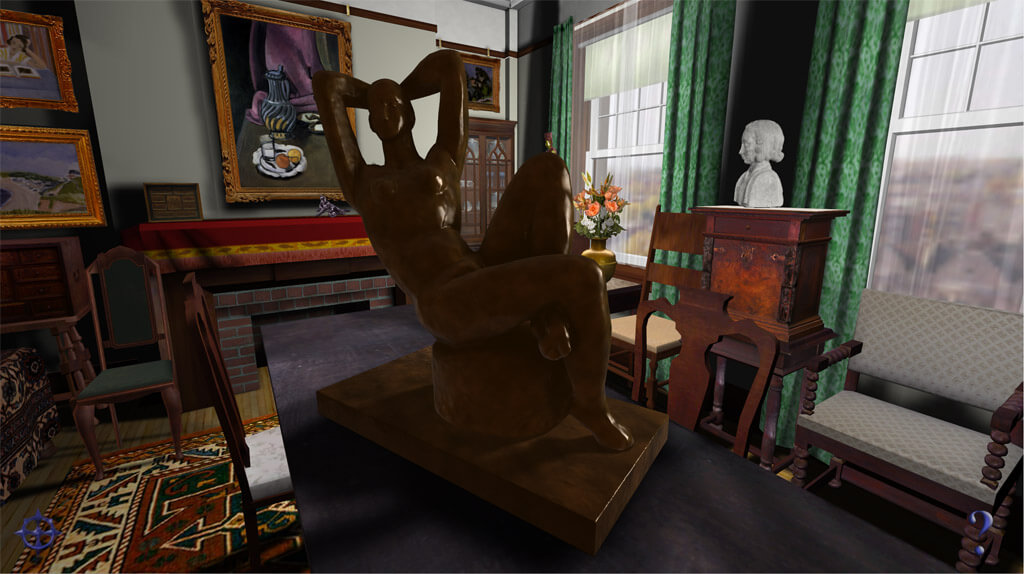 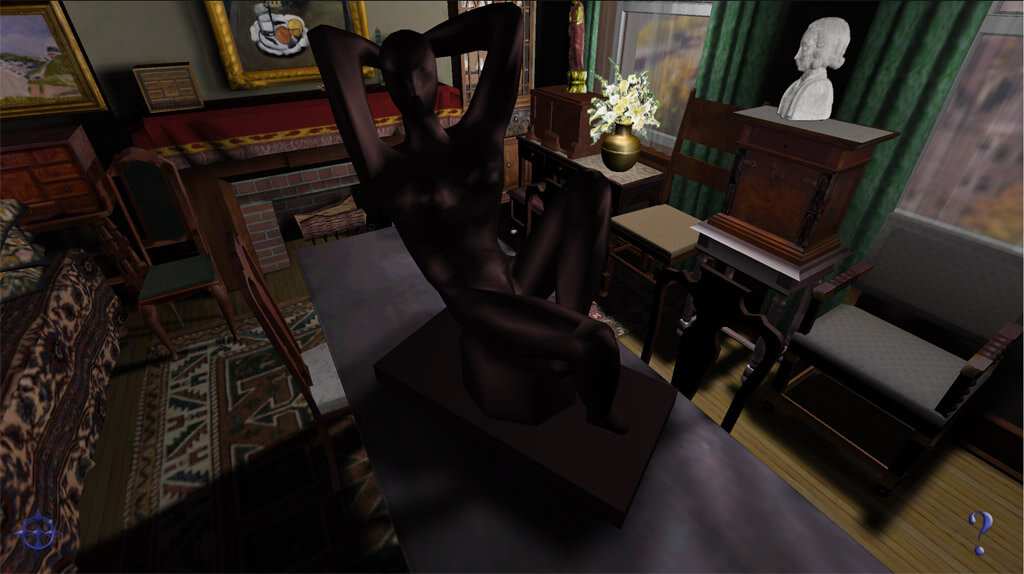 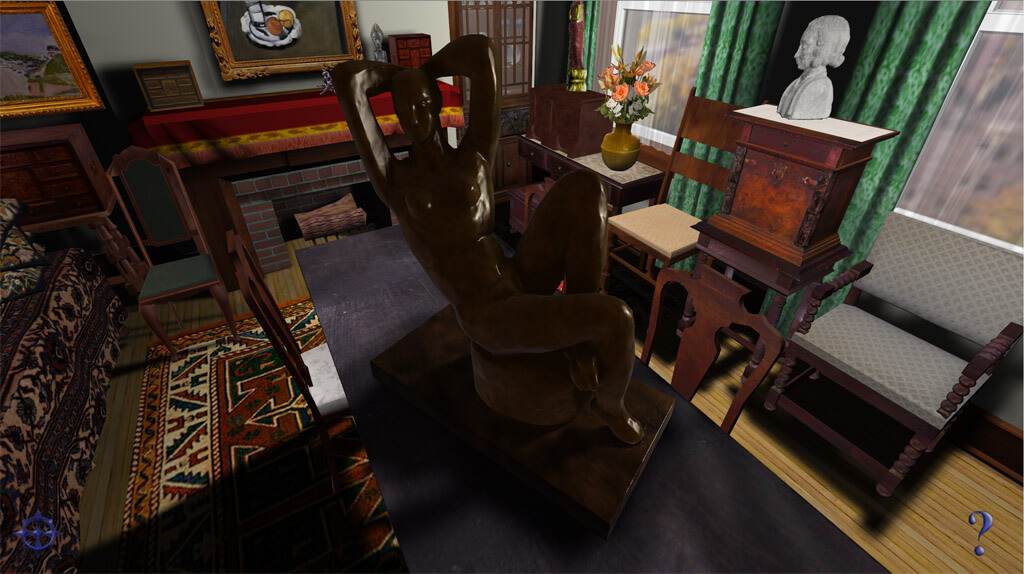 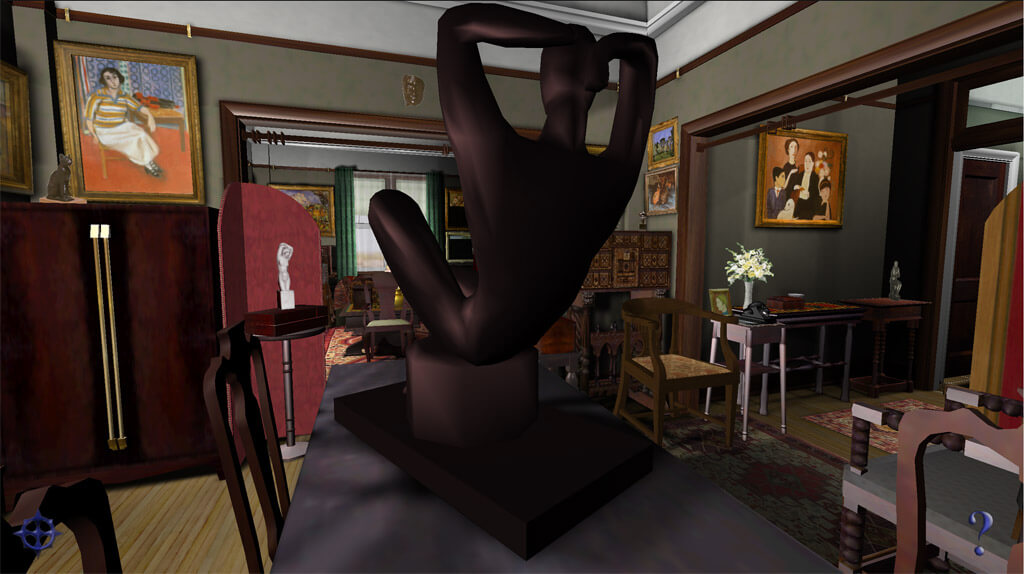 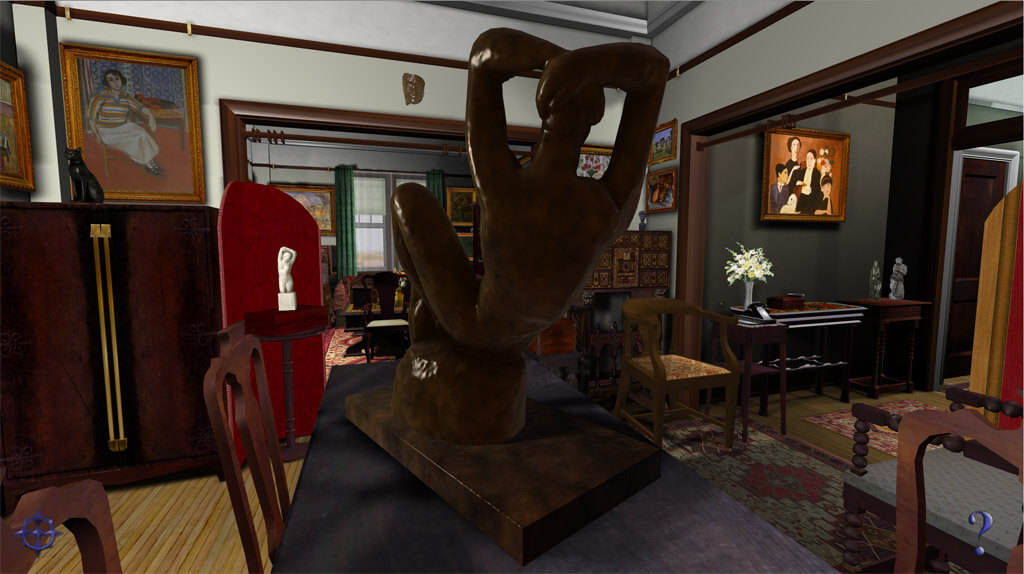 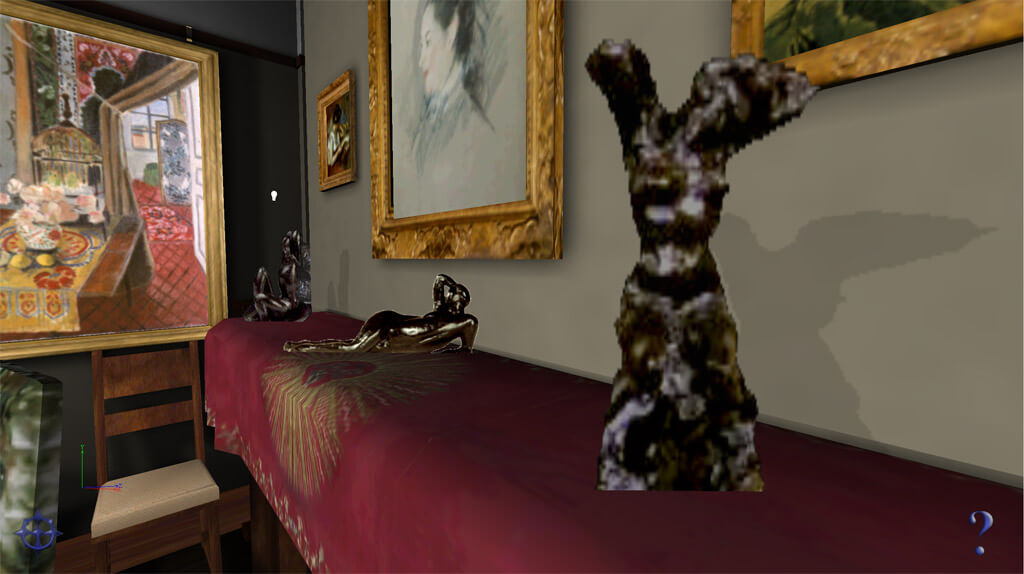 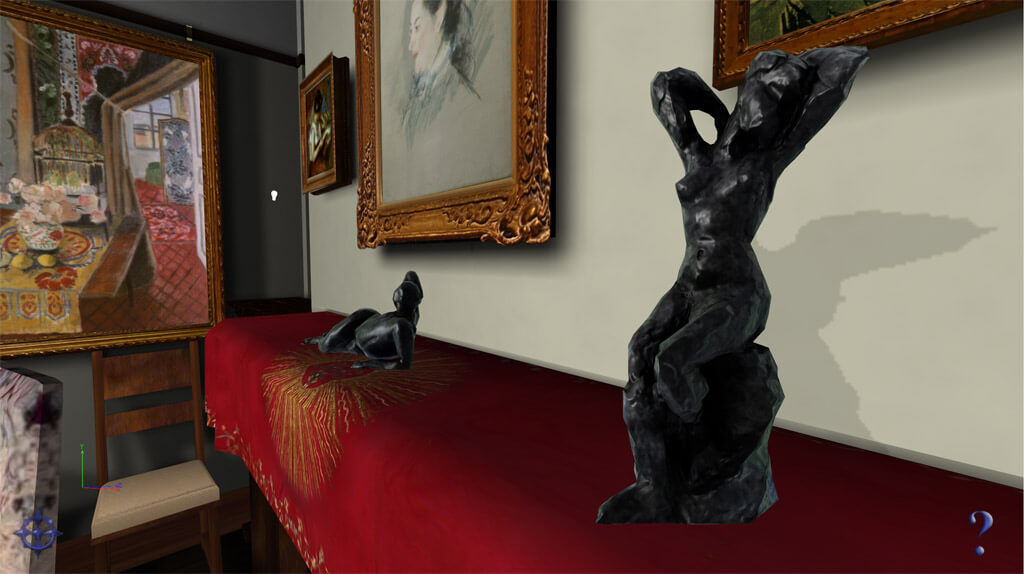 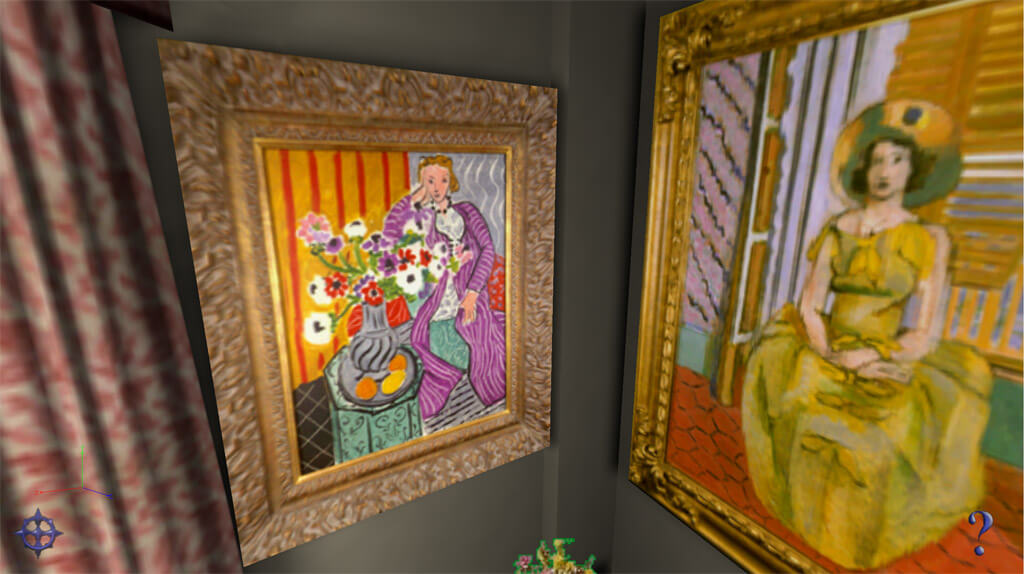 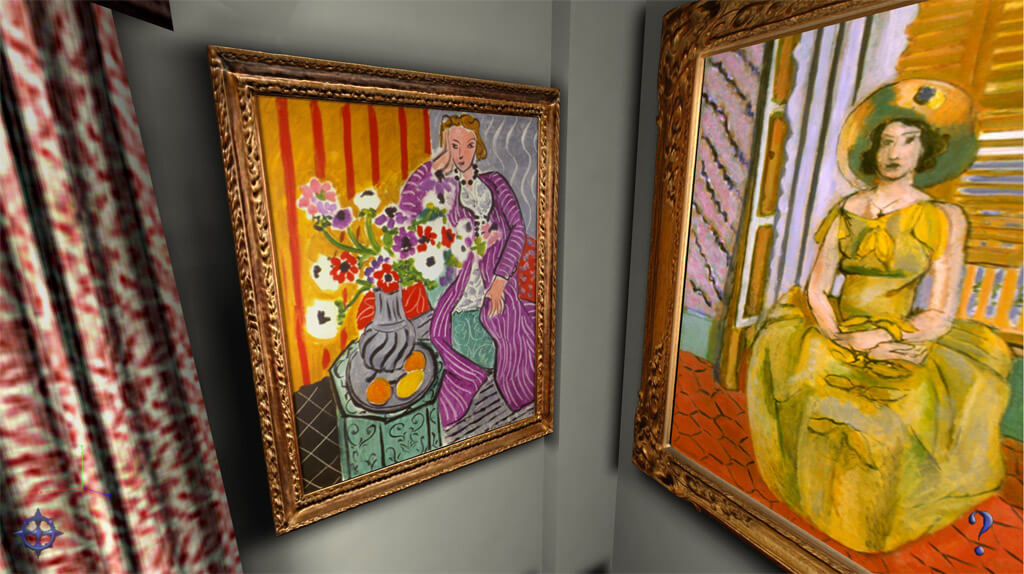 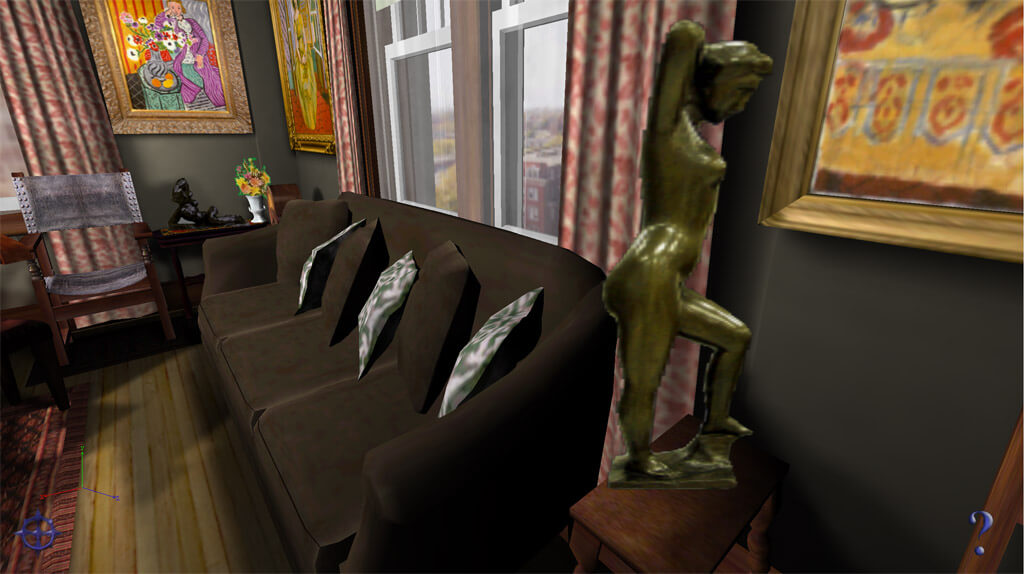 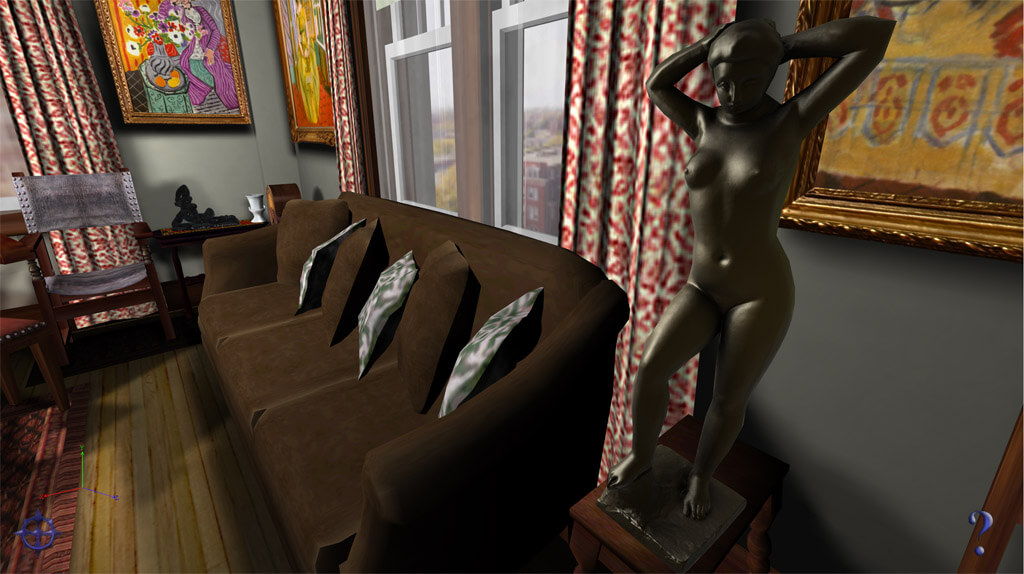 This project meticulously reconstructs the early 20th century apartments as they were and gives a glimpse of how the sisters, Etta and Claribel Cone, incorporated their vast collection of incomparable holdings of work by Henri Matisse and major examples of Picasso, Cezanne, van Gogh, and Renoir, into their everyday life. This virtual rendition of these original apartments allows viewers to “walk-through” the collection as the Cone sisters did daily, by tapping the interactive monitor.

Currently, the Virtual Tour of the Cone Sisters’ Apartments is presented at the Baltimore Museum of Art as a real time interactive simulation. In 2010 the IRC to upgraded the tour to take advantage of new technologies and discoveries about the Cone Collection. With increased graphics memory available, each frame and sculpture could be constructed with a higher degree of detail in its polygonal mesh and texturing. Sculptures that were initially two-dimensional representations were scanned in three dimensions to become full polygonal models, as seen in the “before and after” images in the gallery bellow. Click here to read more about this project.

During my tenure at the Imaging Research Center, I have spent significant time devoted to the development of digital puppetry. This was initiated by a collaboration between the IRC and the political cartoonist Kevin “Kal” Kallagher in 2005 to re-envision illustrated satire for an increasingly interconnected and mobile world. A team of four, including myself as lead animator, brought Kal’s illustrations of former President Bush to life as a 3D caricature, translating his signature style by digitally scanning and animating a bust made by Kal himself. After personally working with Kal to ensure all additional shapes and expressions modeled met his personal vision, I animated the two shots below as a proof of concept. Once we were sure Kal’s sensibility could be maintained, this data set was nested within a programming environment that allowed users to control the model as a puppet through the use of flight simulator joy sticks. Bush v1.0 was debuted at the Walters Art Museum as part of the opening night celebration of a retrospective show of Kal’s work entitled Mightier Than the Sword: The Satirical Pen of Kal. Much more about the project can be found here.

Years later this same technology and process was utilized when working with the Center for Women in Information Technology @ UMBC to develop avatars for their yearly festival Computer Mania Day. I worked directly with Collette Searles of UMBC Theater, who expertise in puppetry elevated the performative aspect of our system immensely by enlisting undergraduate theater majors to perform as a developed character named Jennifer Webb. More about the project can be found here.